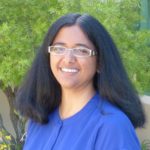 1. Empathy has been discussed in a lot of places as something journalists need more of, not less of, especially when interviewing sources. Are you saying that journalists shouldn’t be empathetic?

Journalists, like all human beings, absolutely should be empathetic when interacting with people! There’s an important difference, though, between journalists’ behavior and the journalism they produce: journalism that solely appeals to empathy often falls short of its capacity to report accurately about marginalization and marginalized communities. Too often, empathy-drenched stories use marginalized people as “color” for a story without including their perspectives, too.

2. Solidarity sounds a lot like activism. I was told that journalism should steer clear of activism, except in activist publications.

As Nobel Peace Prize winner journalist Maria Ressa said, “Journalism is activism.” Whether journalism is engaging in activism to uphold the status quo or to change it, journalism is unavoidably a form of activism, and has never been a neutral endeavor.

Journalists regularly self-describe as seeking to “change the world” and seeking to “make the world a better place” through reporting. Activism isn’t at odds with journalism – it is at the heart of journalism that matters.

3. I report on marginalization, but I can’t claim to know about all forms of marginalization. I try to stay apprised of everything, but of course there’s always something I haven’t yet learned about. Should I focus my reporting on issues that I know a lot about? Isn’t that rather narrow?

Solidarity reporting doesn’t mean that a journalist knows everything in advance – instead, solidarity reporting encourages journalists to do what they do best: seek out sources who know. When deciding what to cover, here’s a helpful set of questions to consider: “Is a group of people’s dignity at stake? Is their basic humanity being called into question or disrespected? Who is experiencing this? What do they say about it? How long have they been experiencing this? Why hasn’t it been resolved? Who might have insight into why this is happening?”

4. Journalists are already frequently attacked by readers, politicians, and critics who view their reporting as too politicized. If our readers are asking for neutral reporting, why would we give them solidarity reporting?

No reporting is neutral. Whether you’re republishing the mayor’s speech or amplifying protestors’ demands, all reporting involves judgments. Frustration and dissatisfaction with news reporting is not going away, but it does open up space for news organizations to reflect and reassess how they report.

5. I would love to do more solidarity reporting, but my editor is never going to agree. Even using the word “solidarity” might even get me fired. At the same time, I recognize how regular quoting practices amplify people who have institutional power while further marginalizing those who do not – which is not why I got into journalism. What would you suggest I do?

Try emphasizing accuracy in your conversations with your editor. Is it accurate to only quote people with official titles talking about marginalization, without including people experiencing marginalization? Is it rigorous reporting to rely on officials to provide the whole story? Try to offer specific reasons a source, frame, or hook is more accurate than the “standard” version would be.

Also, it’s worth keeping in mind that one-sided stories are rarely held up as glowing examples of strong reporting – while solidarity reporting receives journalism prizes for impact and public service.